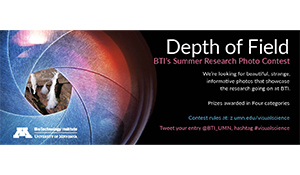 Linda Kinkel’s research focuses on the ecology of microbial communities in native prairie and agricultural soils. Kinkel’s work on the ecology and evolutionary biology of streptomycetes and other antibiotic producing bacteria has potential applications in the management of soil-borne plant pathogens.  Her current research, supported by MnDRIVE, will examine the impact of microbial inoculants and carbon inputs on disease suppression and plant productivity in Minnesota’s potato crop.  Learn more about Linda’s research.

A Helpful Fungus Among Us

When people think of fungi, they typically conjure images of mushrooms: portobellos, oysters, truffles, or shiitakes. But a mushroom—the fruiting body we see above ground—is merely the tip of the iceberg when it comes to fungi. Most fungi are comprised of a tangled network of small thread-like structures called hyphae. Others, like yeasts, are microscopic, consisting only of single cells.

In fact, there is a huge diversity of fungi out there—some experts estimate that there are over two million species of fungi living on Earth today. And they’re important members of modern ecosystems. Excellent scavengers and nutrient recyclers, many fungi also gather materials from their surroundings and can even capture and store environmental contaminants. Experts are actively working to understand the underlying mechanisms, but scientists, engineers, and industry professionals also see the potential for using fungi in bioremediation—the cleanup of environmental contaminants or pollutants using living organisms, usually microbes.

Dr. Cara Santelli, an associate professor of Earth & Environmental Sciences and a member of the University of Minnesota Biotechnology Institute, is an expert on bioremediation and the interface between microbes and minerals. Santelli and her colleagues investigate organisms with the potential for bioremediation of mining waste, including several species of fungi. One of her ongoing projects, funded by MnDRIVE Environment, involves a species of fungus native to northern Minnesota’s Iron Range, where high concentrations of metals in the wastewater from an inactive underground iron mine could, if left untreated, threaten ecosystems and natural resources on the surface.

Located near Lake Vermilion and the Boundary Waters Canoe Area Wilderness, the Soudan Iron Mine was once a prolific source of iron ore. In the 1960s, when mining operations shut down, the mine became a research and educational facility. But more than fifty years later, there are still lingering issues with toxic metals in the mine’s wastewater, which is currently treated with expensive ion-exchange filters. Luckily, there may be a cheaper, local, and ‘organic’ solution to this problem: bioremediation with a native species of fungus (Periconia sp.) that grows in the salty, metal-rich waters in the depths of the Soudan Mine. Periconia is capable of producing manganese oxide minerals that incorporate metal ions in their chemical structures, much like blocks in a microscopic game of Tetris.

Dr. Brandy Stewart, a postdoctoral researcher in the Santelli Lab, has been studying this fungal bioremediation system in detail. Stewart is an expert in biogeochemistry, or the interplay between chemicals, microbes, and their environment. With additional background in environmental consulting, she brings a wealth of knowledge and experience to this new project. Currently, Stewart studies the optimal growth conditions for the project’s focal fungus, as well as how efficiently it produces manganese oxide minerals using nearby metal ions from the surrounding brine.

The fungus needs a cocktail of nutrients to grow and remain healthy, but the actual wastewater from the mine might not be the ideal growth medium. Even for this mighty fungus, certain metals, like copper, can be toxic at higher concentrations, so Stewart has set out to facilitate the removal of these metals without hurting the fungus itself. She likens this to our own dietary choices: “If you ate nothing but doughnuts, you probably wouldn’t be very healthy, but if you ate well and got plenty of fruits and veggies most of the time, you could still have a doughnut every once in a while and be okay.”

Thankfully, the fungus seems to grow quite well in the suboptimal, mine-like conditions simulated in the laboratory, especially when grown in the presence of carpet fibers. These fibers may be acting as a sort of ‘scaffolding’ upon which the fungus can grow, or even as an additional food source for the fungus. Regardless, Stewart has found that the presence of carpet fibers dramatically improves the growth and productivity of the fungus, which creates a thick biofilm where the manganese oxide minerals form and accumulate . As revealed by X-ray fluorescence images, these minerals are often laden with captured metals, demonstrating the efficiency of this system for removing metals from wastewater.

Although still in the experimental stages, Santelli and Stewart eventually hope to build larger bioreactors to scale up their fungal bioremediation system for applications in the Soudan Mine. These bioreactors may be able to help prolong the lifespans of the ion-exchange filters already in use—or potentially replace them, if they prove to be at least as effective at removing metals like copper, cobalt, and nickel from the mine’s wastewater. These metals are not just potential environmental contaminants; they’re also economically important for myriad purposes, including electronics and battery production. If enough of these metals could be efficiently captured in manganese oxides produced by fungi and later recovered, we could potentially capitalize on them.

And mining wastewater might be just the beginning, according to Santelli. There are large amounts of dissolved solids in many types of industrial wastewaters, so there is great potential for using fungi (and/or other microbes) for bioremediation of contaminants in wastewaters well beyond the Iron Range. With such a huge diversity of fungi out there, it’s only a matter of time until another helpful fungus among us becomes the next big hit in bioremediation. 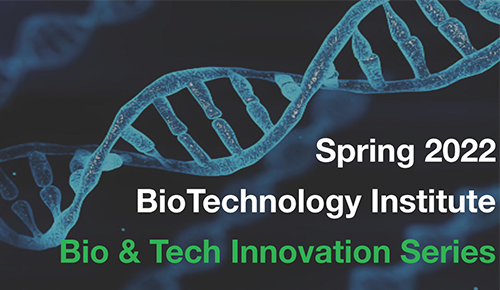 The Bio & Tech Innovation (BTI) Series is a seminar series led by graduate students and postdocs to foster career development in industrial applications and academic research in biotechnology-related fields.

Pizza and refreshments will be served on a first-come, first-served basis.

Scripps Florida houses one of the world’s largest actinobacterial strain collections, totaling >125,00 strains. These strains were isolated over the last eight decades and from 69 different countries, spanning at least 88 different genera. A natural products library (NPL) has also been constructed, consisting of 46,031 crude extracts, 28,739 partially purified fractions, and 650 pure NPs, which were made from 14,635 actinobacterial strains.

Current effort has been focused on sequencing the strain collection to establish the Natural Products Genomics Resource Center (NPGRC) for the broad scientific community.

Selected studies will be presented to highlight how to leverage the strain collection, the NPL, the NPGRC database, and the associated enabling technologies to transform the current paradigms of microbial natural product discovery and how to exploit this unique natural products resource to target emerging biology and accelerate drug discovery.

Corrinoids in Communities: Nutrient sharing in the microbial world

Microbial communities inhabit nearly all environments on earth. These communities are often composed of hundreds or more species that form networks of metabolic interactions.

We have found that addition of particular corrinoids to communities derived from soil and from the human gut can alter the bacterial composition, leading to the exciting possibility that corrinoids may be used to manipulate microbiomes.

Significant effort has been devoted to developing chemistries to effectively mimic biological processes. Despite decades of effort, these methods often fail to replicate the efficiency and selectivity of native systems.

We have found that by combining chemistry with the inherent activity of biomolecules and microbes, we can improve upon conventional technologies for clean energy and sustainability. Specifically, by combining biomolecular assembly with conventional electrocatalysis, we have improved the specificity and efficiency of electrocatalytic CO2 reduction.

Additionally, we have engineered bio-derived microbial coatings to enable their delivery to depleted soil. Finally, by combining electroactive microbes with engineered enzymes, we have developed a platform to degrade and electrochemically detect harmful pesticides.

Through these technologies, we have consistently found that the combination of chemistry and biomolecular engineering affords advantages beyond the capabilities of either technology alone.

The molecular basis for antiseptic resistance in bacteria

A fundamental understanding of substrate selectivity by SMR transporters is needed to identify the types of selective pressures that contribute to this process. In this talk, I will describe the molecular basis for the recognition of diverse substrates by SMR proteins, revealed through a combination of X-ray crystallography and electrophysiological approaches. 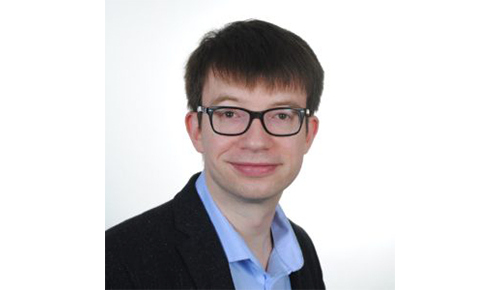